Spongata is the classic Christmas cake of Emilia, even if it is also found towards Modena, Massa and La Spezia. It is probably Jewish in origin: a number of documents suggest that it was Spanish Jews who brought the recipe to Italy. But others claim that it originates in Roman times, with the recipe kept alive in medieval courts.

Each Emilia province, and sometimes even individual towns, have different recipes. But this diversity is precisely what makes this product so rich. Here are some of the variations and their history. 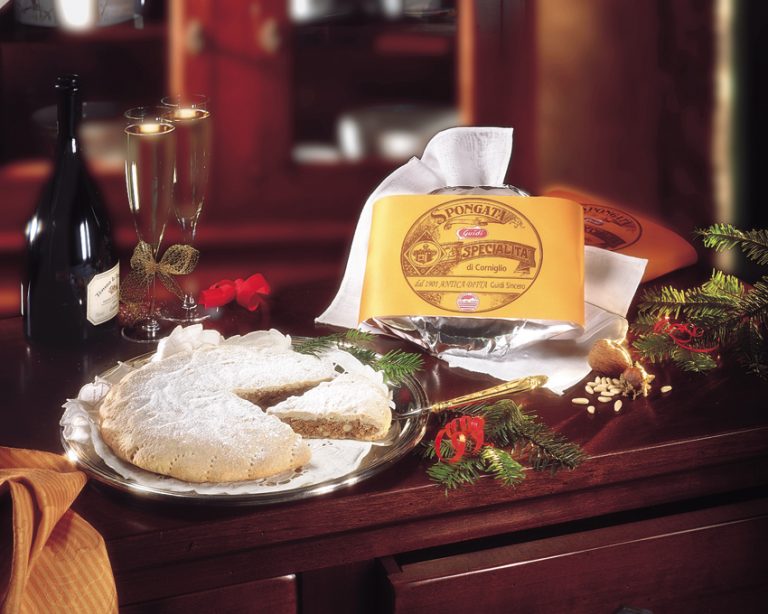 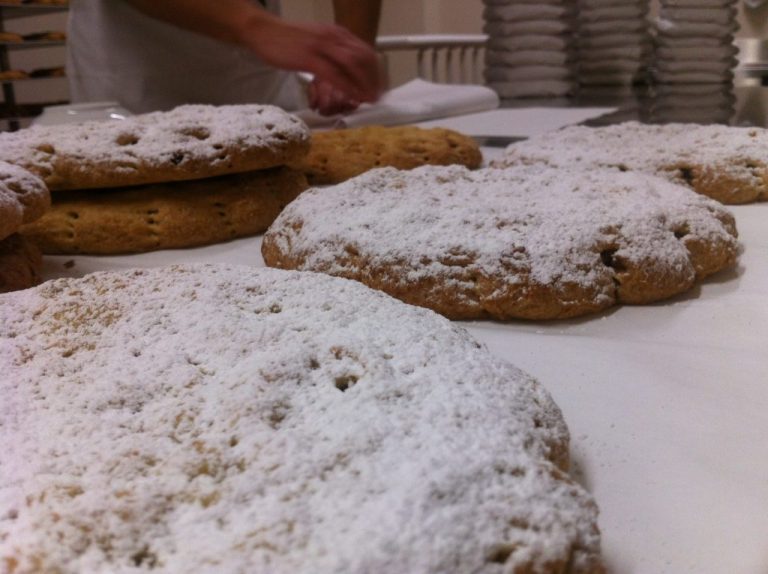 Once again in Corniglio, we find the Spongata of Corniglio by Alimentari Superchi Stefania. The spongata produced here by Alessandro is deeply rooted in the local area, starting from the ingredients used: they produce their own honey and flour. He tells us that: 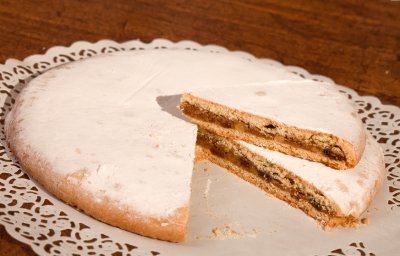 The prize of the Panetteria Antico Forno of the Spagna family in Monticelli d’Ongina is their spongata, made of honey, dry fruit and spices. Simple genuine ingredients however do not mean a simple recipe: in fact, it is long and laborious, but this adds to the quality.

This first indications of its history date back to the second half of the 16th century, when a small Jewish community established itself at Monticelli. 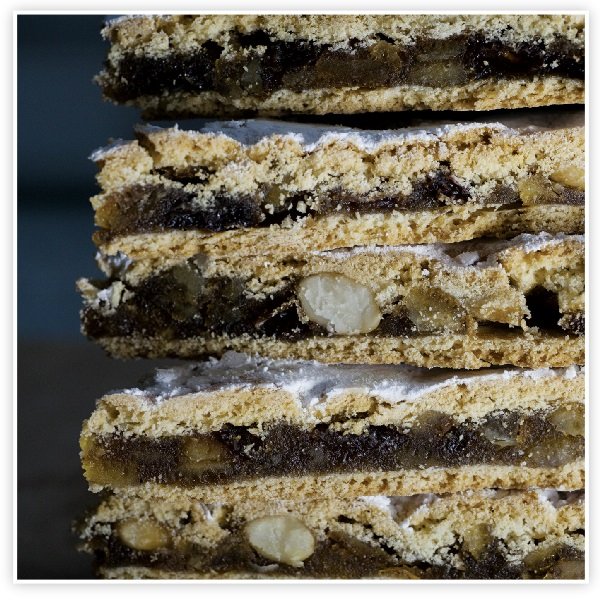 Andrea from Piccolo Mondo del Gusto tells us that spongata is the classic cake of Brescello, prepared at home well ahead of time for the New Year: however in 1863 the Bacchi family decided to sell it.

We are sure that your mouth is watering, and so we should also explain that in other places, like Berceto or Busseto, you can find variations of this delight, passed down from generation to generation in families.

Each recipe has its own, making the spongata a rich experience, but we should mention a few:

The name Spongata comes from the holes picked in the dough (like brisèe dough); this makes the cake look like a sponge, hence the name Spongata, and they serve to help the flavours of the filling to penetrate the dough. Now we only need remind you that spongata is a perfect product for camper voyages, especially if kept fresh. Perfect with a sweet wine wine.

PrevPrecedenteOur card: how to get it and how to renew it
SuccessivoA campers’ guide to Reggio EmiliaNext