Tortelli of Piacenza: a guide to this delicacy

Tortelli of Piacenza are known in local dialect as “turtei cun la cua“, because they are made in a unique way, with a elongated shape that makes them seem they have a tail. These were generally considered an every-day meat-less meal to consume during the week, during Lent or on the eve of the major Christian festivals. Even if they are traditionally served with the two characteristic “tails”, which gives them their “sweets shape”, sometimes they are made in rectangular form. 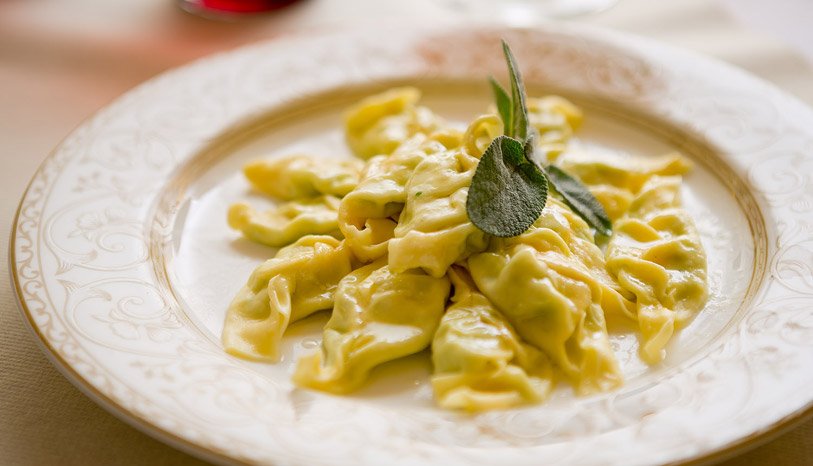 Tortelli of Piacenza: the recipe

So how is this delicacy made? After preparing the dough with 400g of white flour, 2 eggs, a pinch of salt and tepid water, cut them into large strips 7-8cm long, and then into rombhoids. In the meantime, boil 300g of spinach, drain and cut finely, place in a deep pot with 300g of ricotta, 200g of grated Parmigiano, 2 whole eggs, salt and a little nutmeg, Work the lot together, and then break off a 8cm piece of the dough, place it in the palm of your left hand and starting from the external corner use your right thum and index finger to fold it over. Place on a floured surface and cook in lots of boiling water until they start to rise to the surface. Drain and serve with butter, grated Parmigiano and sage. 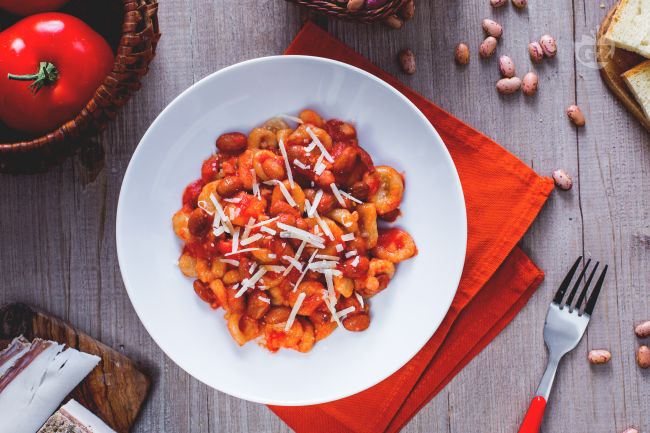 Aside from the Piacenza tortelli, this marvellous city has many other excellent dishes to taste during a day-out. The famous pisarei e fasö are small flour and grated bread balls served with a bean sauce: this is one of the most celebrated Piacenza dishes of all. Like the Emilia cuisine, the Piacenza tradition also offers many different second courses, based on meat, amonsgt which we would mention the picula ad cavàl and the coppa arrosto. Lovers of cold cuts will find much to delight too: the Piacentine DOP cold cuts are salame, coppa and pancetta and in the Tidone Valley, you can find many ham producers that still use the artisanal methods, maintaining the flavours and quality handed down by tradition.

Other than offering cold cuts and tasty typical products, Piacenza also excels in wine production. The DOC Colli Piacentini was approved in 1984. It should be noted that the council at Ziano Piacentino is the council with the highest percentage of vinery in Italy, per number of inhabitants per square mile. One of the most famous wines is the Gutturnio (a red wine that goes perfectly with cold cuts and starters), the sparkling Bonarda (often drank during mid-morning break) and the white Trebbianino Val Trebbia.