The Farnese Palace at Piacenza

The Farnese Palace owes its construction to the Ducchess Margherita of Austria, wife of Ottavio Farnese, in the Cittadella Viscontea, with the intention of building a ducal residence, and representing the power of the Farnese family.

The first plans date from 1558, produced by Francesco Paciotto and based on the foundations of the old viscount’s castle, but the work was never finished due to the continual absences of the architect. So instead the Dukes turned to another Farnese expert, Jacobo Barozzi known as the “Vignola”.

The work was finished in 1602, but the lack of funds meant that a large part of the building was never completed, along with many internal decorations. The end of the Farnese dynasty saw the Palace pass to the Bourbon dynasty, and many pictures and fittings were transferred from Piacenza, causing the Palace to slowly decline. It was also sacked by Napoleon’s troops in 180s, and it was used to house the homeless during WW2. An Association was created in 1965 to restore the building, and in 1976, the complex was given over to the Council of Piacenza, which used it to house the Civic Museum. In 1998, the first sections of the Museum were opened, and in 2014, the buildingt became council property. 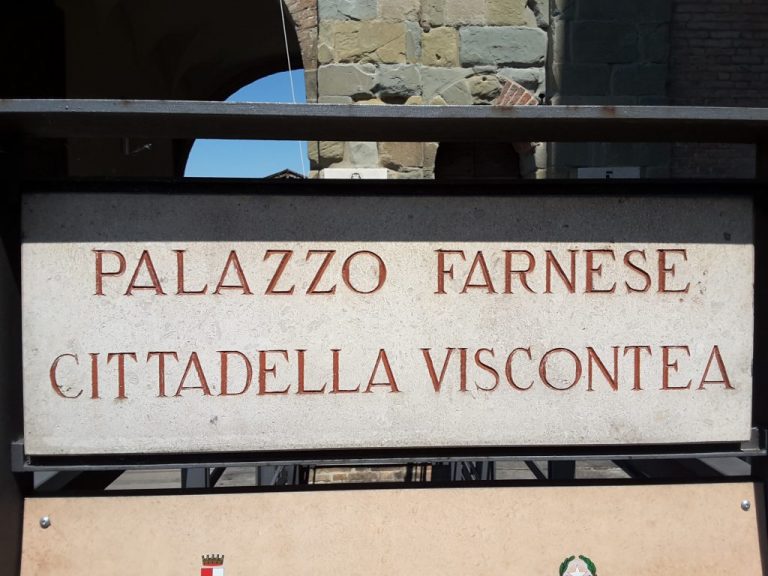 How to visit the Palace

The museum covers various flors of the Palace, and you can see:

You should also make sure that you see the Fegato Etrusco.

For more information, visit the official Palace Website but make sure that you keep your ticket from the day, since you can use it to get discounts on other museums