The Culatello Museum at Zibello

It is a muggy day when we parked our camper and started to walk towards the ancient villa. The plants are still in their germing phase, and flowering this year is late. We are welcomed by beautiful peacocks with their rich tails, and by statues of pigs, who guard the entrance to the Culatello Museum and Museum of the Court of Pallavicino.

It is Wednesday so there is no huge number of people around, just one or two tourists and a coachload of students. We are welcomed by the very kind staff, and we put on the audioguides, a very useful tool that goes together with the 34 informative panels on display.

Today I have closed a circle

This is because today, in this ancient place full of history, stories, family traditions and art, I re-discovered my early childhood, as a grandchild of farmers closely tied to this region. And this might be another reason why I so love the “low” area of the Po valley, and the areas close to the large rivers in general.

Listening to the audioguide and reading the very detailed panels, I was reminded of the “Fairs of the Pig” that took place in people’s backyards. I rediscovered the story of the Black Pig, a small pig typical to this area from ancient times onwards. In fact, demand for the small pig amongst the growing population of the region was so great – with its tasty meat – that the species was almost lost and so it was crossbred with the larger English pig.

I also rediscovered the ancient trades of our region: the fishermen and ferrymen of the Great River, but above all I rediscovered the Masalèn, the old trade of the skilled butcher, expert in killing the pig and working its meats correctly. I have seen again some important gastronomic differences such as those of the Gentile and Felino or Mariola. All this adds up to an emotional journey of rediscovery of this marvellous region that has created food products unique across the world. 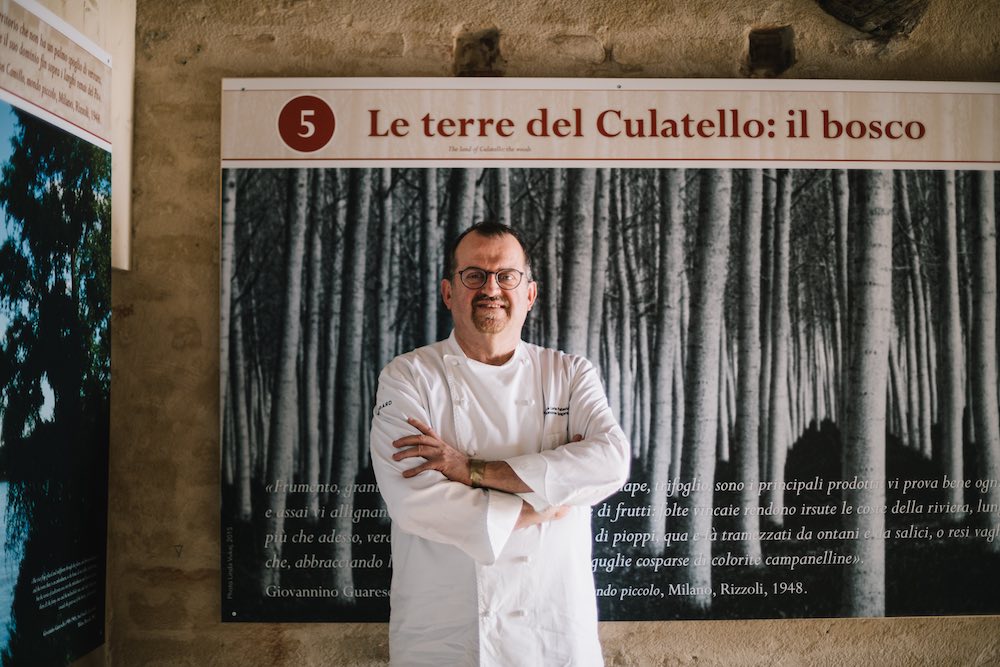 The Culatello Museum is in the Ancient Court of Pallavicina at Polesine di Zibello, the result of 20 years work by Chef Massimo Spigaroli, who opened the cellar rooms and so creating a symphony of shapes and forms, but above all of smells and tastes.

Seasoned Culatello came from pink or black pig meat. So there were two forms of culatello for different weights: the first was larger and the seconder smaller.

My fellow visitors that day last February were abole to see how the Masalèn, Vittorio, works in the meat of the upper thigh of the pig. Once inserted into the lining of the bladder, tied correctly as only the Masalèn know how, it becomes a Culatello.

The cellar still features its traditional bricks, and it was here that the cullatello were kept at a constant temperature, seasoned and with the traditional unmistakeable mould that grew on the surface.

Once ready for consumption, they were brushed, the ties were removed along with the lining and the stitching. The Culatello is then wrapped into a cotton cloth, soaked with white wine, and left to rest so that it softens slightly. Only after all this can we finally enjoy the genuine DOP Culatello of Zibello.

We suggest the use of the audioguide along with the informative panels, and that you end your tour of the museum with a tasting session that will reward your palate with unique flavours.

For all the information you need on the Museum, please visit the official website. 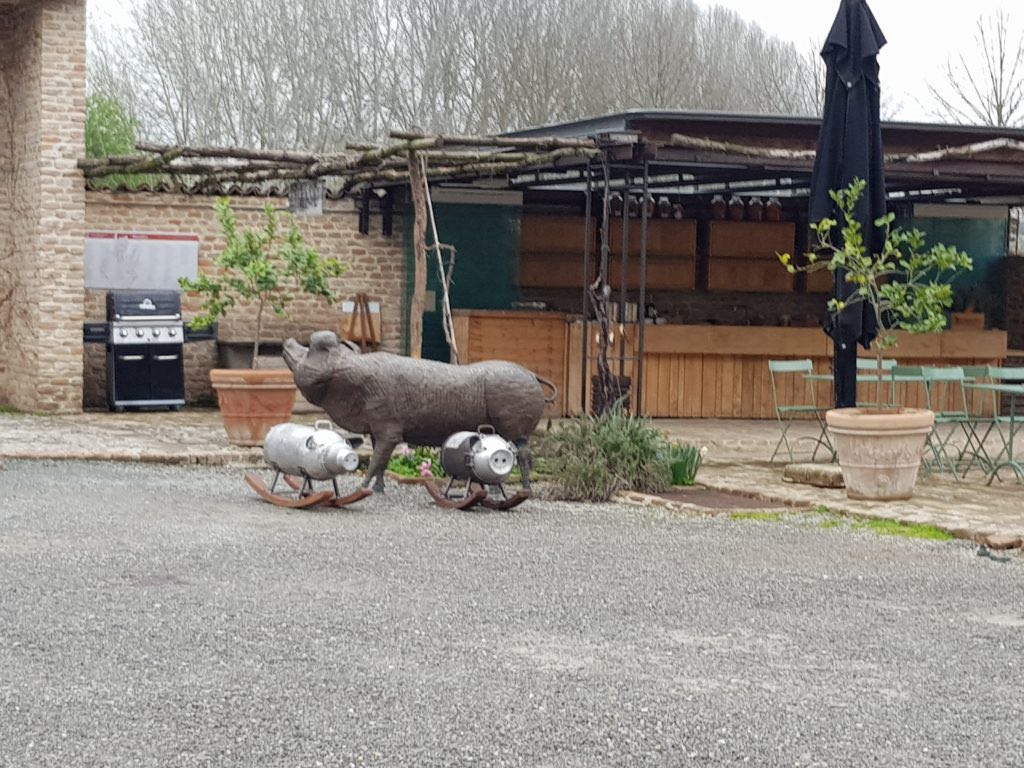 The area does not have equipped rest-areas for campers, but you can find a suitable car-park at Polesine, from where you can easily reach the Museum.

The closest rest-area is at Roncole Verdi 10 kilometres away.