The Certosa of Parma

I want to tell you about our visit to the Certosa of Parma, the star of the autumn version of the special FAI days. It achieved the highest number of visitors across Emilia Romagna, beating even Bologna, with more than 7,500 people. Why so many? Because the days of the event are a chance to get to know better places are often right in front of us, but which are not easy to visit. One such treasure is the Certosa at Parma.

Our visit to the Certosa of Parma

I knew that our trip would have been almost mission impossible, so expectations this time were year, and our patience was fully rewarded by this special and incredible visit, absorbing sacredness, history and culture in a splendid setting. I had my identity card in hand, because this is a militarised area, since 1975, it is home to “God’s School”, the nickname for the Prison Police Training School, so everyone is checked before coming in. But this did not slow down or impeded my entrance, and so I went in quickly. 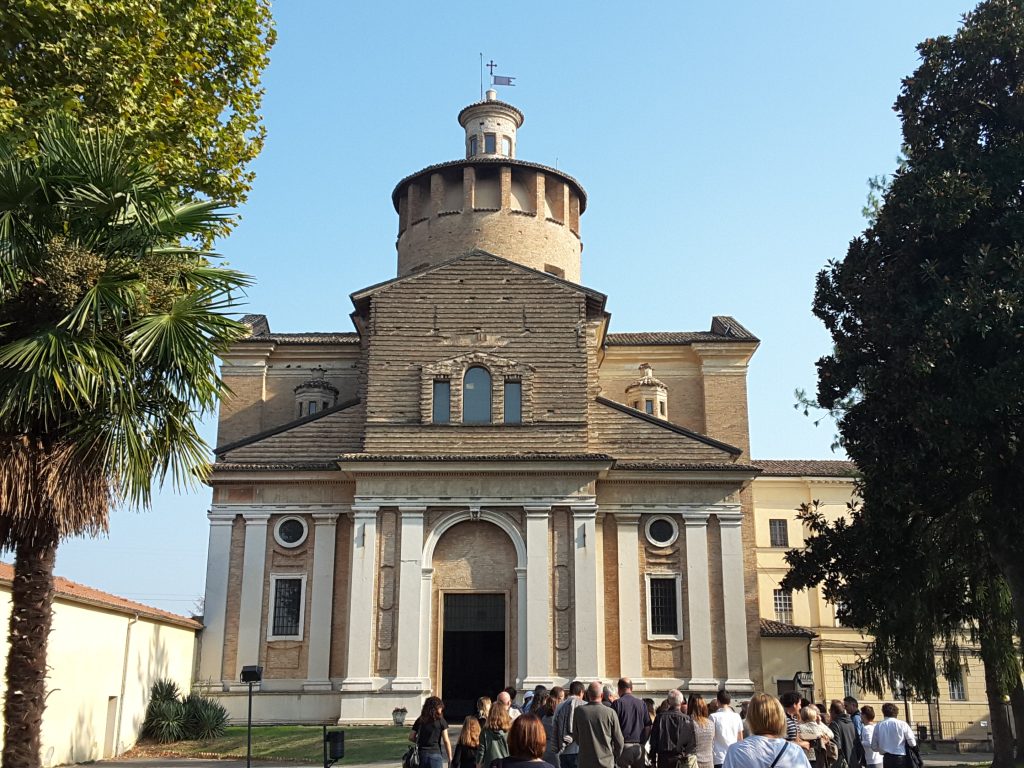 Together with the guide, I entered the small theatre for children inside: this is here because at the start of the 20th century, the old monastery was turned into a Reformatory, the only one in Emilia Romagna.

The “Lambruschini” Reformatory hosted a very well-known chaplain across Parma, Padre Lino, who walked every day from 1910 to 1924 from the San Francesco Prince to the Certosa, working with children from difficult family circumstances, to allow them to reintegrate into society. One of these children (now obviously an adult) greeted us, telling us how he was taught a trade and given a new start in life. His brief story was touching, a story from long ago that is still relevant today. Next we enter the Church, and I am stunned by the dome and the 17th century frescoes by Parma painter Alessandro Baratta. It was declared unsafe after the earthquake of 2012, and after three years of work, cleaning and reconstruction, the Cupola was rendered safe again. The Sacrestry is splendid, with its “Trompe l’oeil” and frescoes. 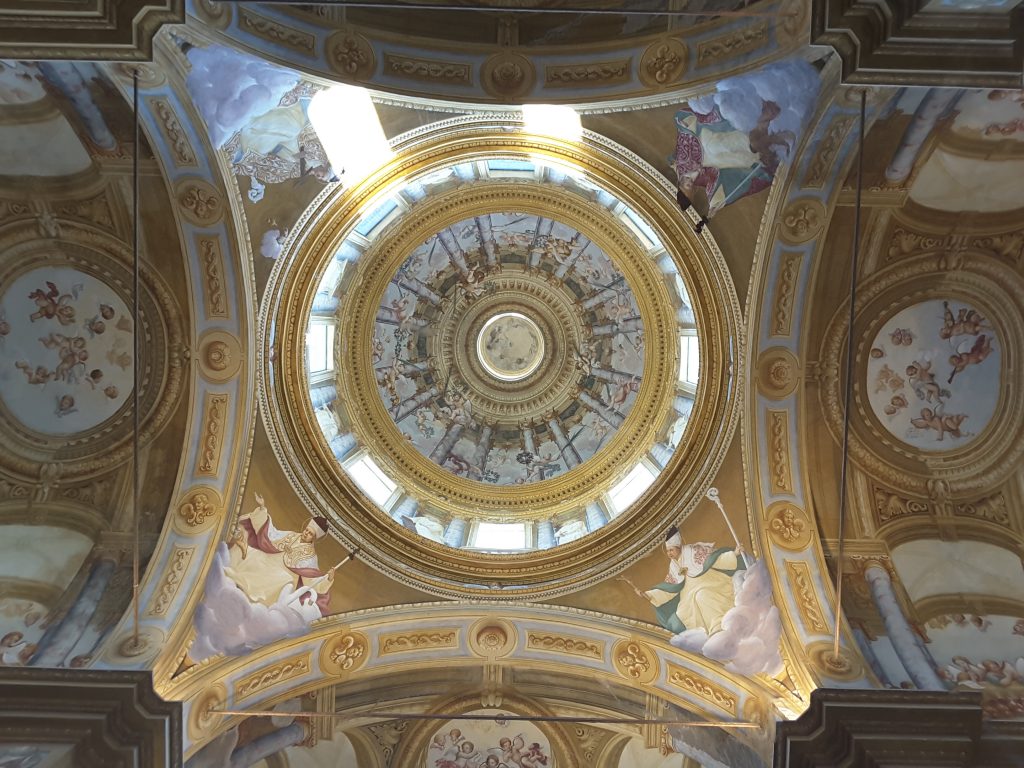 The Old Dome, Certosa in Parma

Following the corridor that takes you into the wide “Chiostro”, my attention was drawn to a plaque celebrating Padre Lino, so I would like to dedicate a moment to this Francescan monk who became chaplain of the San Francesco prison and then the Certosa, dedicating his whole life to the poor and needy. We should remember that Parma lost much of the splendour of a Ducal Capital when Italy was unified, and struggled with social and economic divisions and difficulties, and suffering both poverty and hunger. It is in this context that Padre Lino worked, helping dozens of families, and so becoming an important local figure even if he personally remained very modest.

I am taken away by the Cloister: the carefully-maintained gardens, the sandstone columns and walled doors of the monks’ cells. It is said that one cell was specially set up for Licio Gelli – the P2 freemason – who stayed here for three months, but this has not been confirmed. 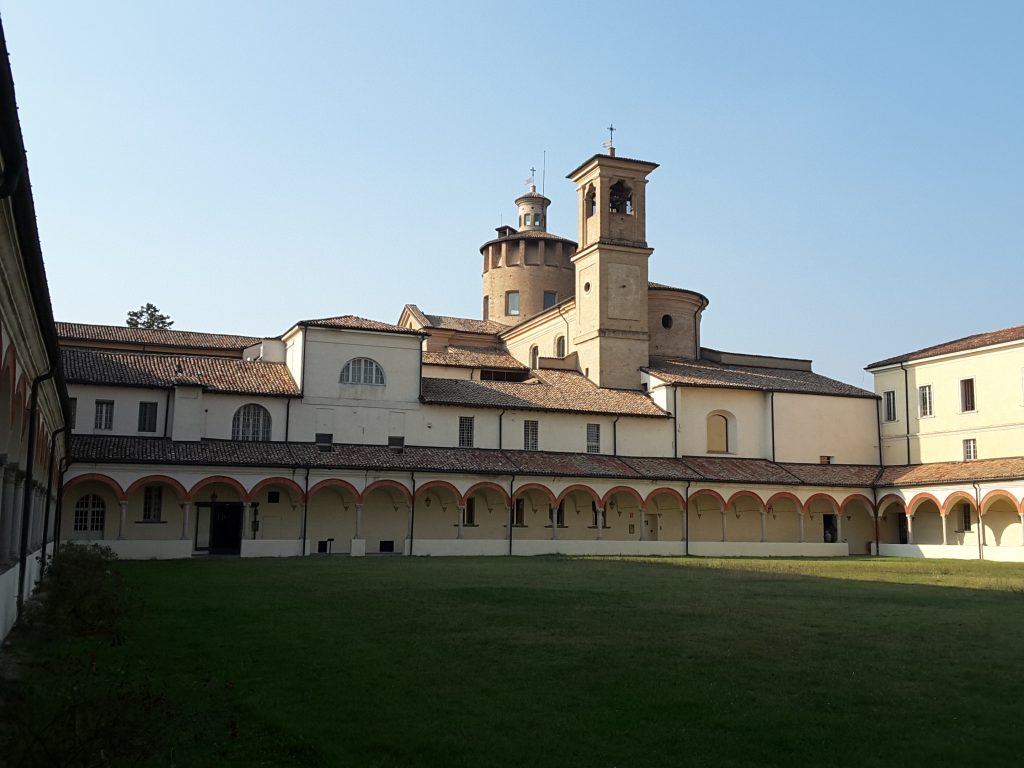 The Old Cloister, Certosa of Parma.

Next we arrive at the Crypt, where you can still see the original floor, and we stop to admire the original Church frescos hanging the wall, that were saved from the earthquake.

Our visit has lasted around an hour, but many other people are still going around, and many others are waiting line outside the military structure. I am just about to ready to leave when my attention is drawn to a small chapel in front of the Church, on a small lake filled with little fish. I do not know who created it or why. But I like to think that someone went down on their knees to pray, and maybe in front of this image of the Madonna carved into the rock, they shared their deepest hopes in a difficult period. Now it is the home of the Prison Police, and so a symbol of rigour and discipline. 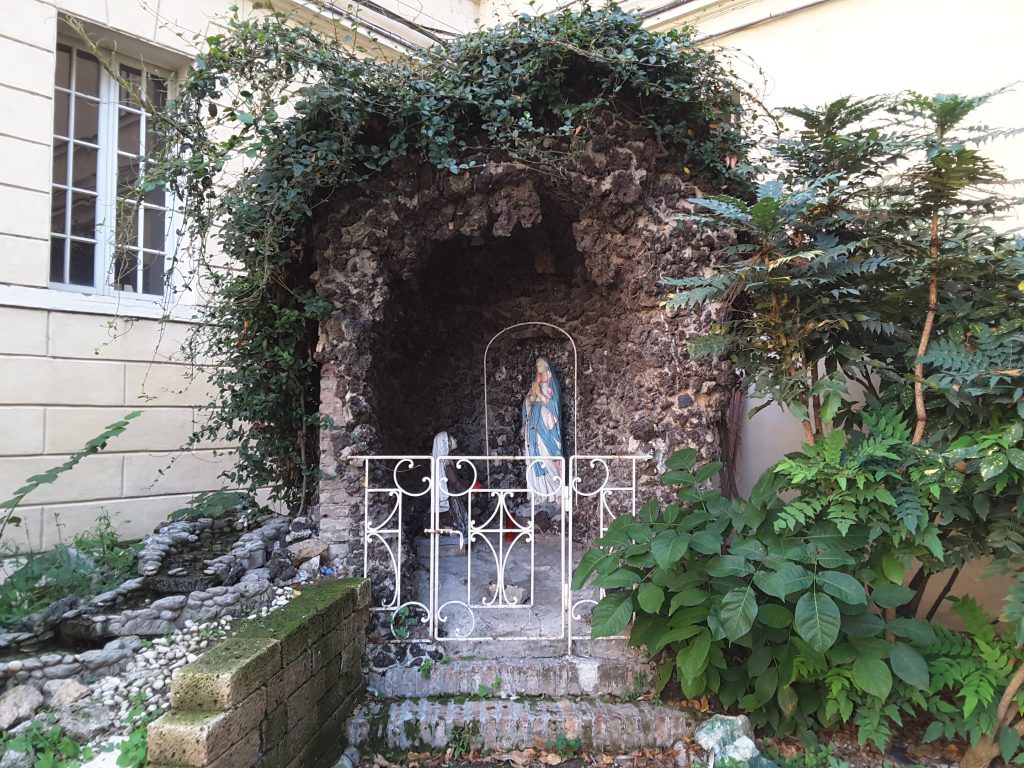 How many people have passed through the Certosa, from the Monastery to the tobacco producers, how much sadness and loneliness and how much love at the same time? I feel sure that I have taken part in something special, touching and culturally educative.

One last detail I would like to mention: in Stendhal’s famous book “La Certosa di Parma” it is seems that this is the very Certosa where Fabrizio del Dongo wanted to retire after stepping down as Bishop, a place “located in the woods near the Po, ten feet from Sacca”. It is not clear, often it is confused with the Abbey at Valserena or Paradigna. So the arguments continue, and to those who claim that when Stendhal wrote his work, both these other convents have been shut down, or even that at the time, this Certosa no longer served as a monastery. I will leave it to the historians to resolve the mystery, and I will go back to reading again the story of Fabrizio’s tormented love for Clelia, and draw my own conclusions.

How to visit by camper

The Certosa is at 20 Strada Certosino in Parma – call (0039) 0521 498411 for more information. You can leave your camper at the carpark at the top of the road during your visit to the Certosa, and just walk along the tree-lined avenue to the entrance. Entrance to the Certosa of San Girolamo is free and is open as follows:

PrevPrecedentePomponesco in a camper: a village to discover
Successivotraditional sweets: today we go toNext