During the FAI Days in spring, we visited the splendid town of Monticelli d’Ongina, in the province of Piacenza, home of the Pallavicino-Casali Rock and the Basilica of San Lorenzo.

To reach Monticelli d’Ongina by camper, there are three possible roads:

The history of Monticelli d’Ongina

In Roman times, the area was marshy, which became an important hub between the current via Emilia and then then unknown Via Postumia, thanks to reclamation work carried out by the Romans. The town is not named after the river some 3p0km away, as many wrongly think, but from the name of an important member of the Boniface family. The town saw many changes over the years, but the most important period is between 1405 and 1407 when Rolando the Great started work on constructing the Rock.

The enormous development of the area is closely tied to Rolando Pallavicino, known as the Magnificent. It was under him that the Rock was built at Monticelli, demonstrating political prestige and strategic positioning, and serving as a defensive bulwark. Problems relating to succession after Rolando’s death rendered the area weaker and more fragmented – the area of Monticelli was entrusted to Carlo Pallavicino, Rolando’s son and bichop of Lodi. The Rock was transformed into a summer house by Carlo, but the failure of the Pallavicino line saw it pass to the Piacentine noble family, the Casali, who lived at the Rock until 1957.

In that year, this hsitoric building was bought by the parochial church at San Lorenzo, and therefore property of the Diocese of Fidenza (PR). The Rock was built along the classic lines of a castle in the plain, quadrangular and surrounded by a moat (empty today) with four towers at its corners. There is no longer any trace of the moat-bridge, because they were replaced by walled bridges. 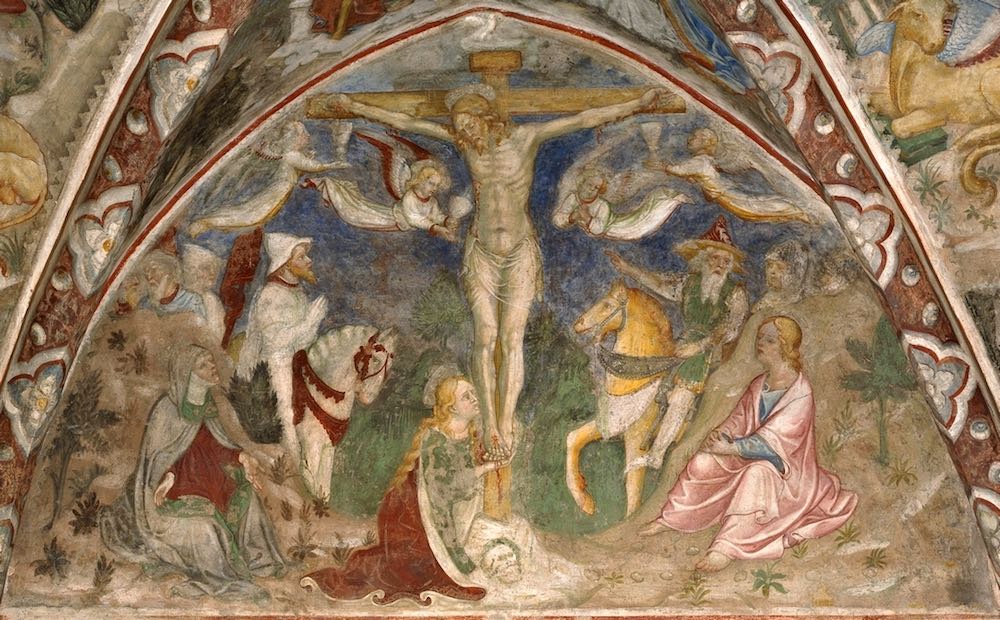 You can see ancient frescos, including the “Madonna and Child” of the 15th century. On the ground floor, there is the Civic Museum, while the cellars (once used as warehouses) today house the Po Ethnographic Museum which includes the Po Acquarium, Archaelogical Museum and Museum of Countryside life.

Some sources speak of a secret pathway to the Basilica at San Lorenzo, a few metres from the Rock. On the upper floor, you can see a narrow room similar to a medieval prison.

Connected to the seigneurial room by a large long corridor is the Court Chapel, a small chapel that served as a private chapel for Bishop Carlo. A veritable jewel, the chapel includes 15th century frescoes by painters Bonifacio and Benedetto Bembo, rendered visible again thanks to restoration work. It is even said that the afresco of the Last Supper that you can see in the Chapel inspired Leonardo to paint his famous picture on the same theme.

The Basilica of San Lorenzo

To reach Rocca Pallavicino – Casali, you will have to pass the marvellous Basilica at San Lorenzo, built between 1470 and 1480 by order of the Bishop of Lodi, Carlo Pallavicino. It is 51 metres long and 35 wide. The bell tower was originally lower than today, and is currently 65m high. The three doors are decorated with images of the patron Saint Lorenzo and the saints of the other two churches, Saint Giorgio and Saint Giovanni Battista. The interior, laid out like a latin cross, has three naves and is grand and imposing. In the smaller naves, there are 14 smaller votive chapels, each one decorated with paintings. One trilogy depicts the Martyrdom of Saint Lorenzo in its central section, while the outer sections depict episodes from his life. Inside the basilica, you can find works of art, and precious decoration, including a splendid marble altar.

What to eat at Monticelli d’Ongina

The first thing to taste in this Piacentine town are the prized ham-based starters, such as salame, coppa and pancetta, all now protected by the DOP mark. For your first course, try the famous pisarei e fasò, dough balls served with boiled beans in sauce. The butter and sage tortelli are also delicious and very different from the square version in Parma. 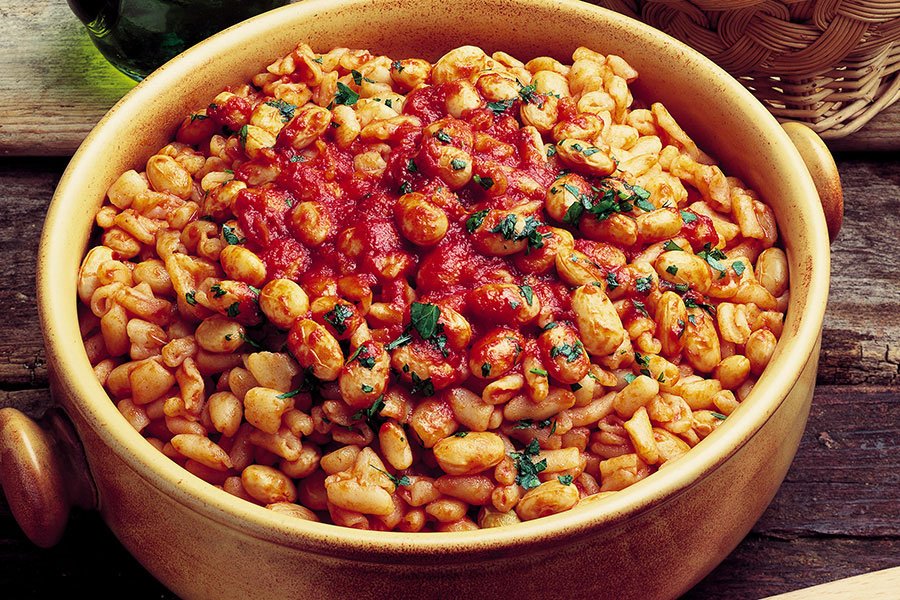 Choose a second course made of wild meats, such as wild boar stew. Another speciality is pìcula d’caval, a horse-meat dish usually served with polenta. But you must not miss either the “tasto”, a calf dish, or Piacentine rabbit, different from similar dishes made in Reggio because it includes walnuts and parsley.

The snacks are also worth trying: the “Burtleina” is made of flour, salt, egg and spring onion, all fried in lard and served with cold cuts. It is similar to the Parma “torta fritta” or the Reggio “gnocco fritto”, except for the onion. Finally, the best wines to go alongside these delights are the Gutturnio, Ortrugo or a dry Malvasia. And what about the cakes? Try the classic apple cake, or the even more traditional “busilàn” (ring cake) or turtlitt (sweet tortelli).

If you need to park your camper, we have the perfect rest area for you!