In camper from Parma e Piacenza

Many of our itineraries start from the view that food is culture, and the camper is the perfect way to discover our territory in total tranquillity: in short, to enjoy slow tourism.

The areas of Parma and Piacenza are especially perfect for such tourism, for those who want to discover cities of art, nature and traditional flavours. So we would like to offer you an itinerary for campers between Parma and Piacenza, discovering Culatello and castles!

Between Parma and Piacenza

We followed this itinerary during the Culatello festival at Zibello (PR) and the Infiorata at Chiaravalle della Colombaia at Alseno (PC). These are two different provinces, but both are rich of history, culture and gastronomy. We started from Parma and reached San Secondo Parmense, where there is the Palio delle Contrade di San Secondo the first weekend of June, at the Dei Rossi court, and then we headed towards Roccabianca, arriving at Zibello in the low Parma valley.

Here you must see the Museo del Cinematografo e il Teatro Pallavicino, but this is also the home of the Culatello.

The Culatello of Zibello

The Culatello is an ancient meat made by expert butchers, who season it in cellars at a constant temperature. Once seasoned, it is tasted and you are immediately swmaped by its smell and intense flavour. Experts suggest that you should taste it in two different periods of seasoning, so that you can see the difference between the flavour and colours at 24 and 30 months.

Lovers of this meat should not miss the Culatello Festival which happens every June, the perfect way to celebrate this great culinary tradition. During the Festival, you can park your camper at the rest-area at Zibello, near the sports centre. 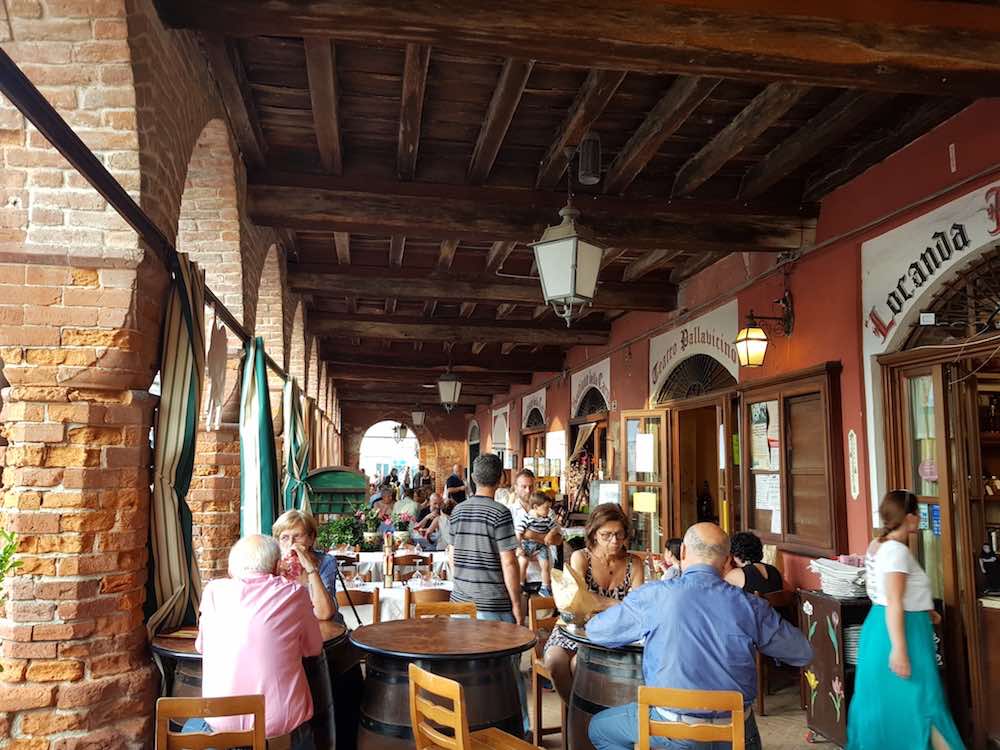 What you should do at Busseto

Once you leave Zibello, pass to Polesine Parmense, where you can stop to see the the Corte Pallavicina, and the Culatello Museum. Our itinerary however did not stop here, and we carried on towards Busseto, home city of maestro Giuseppe Verdi. Here we suggest a visit to Casa Barezzi, the Verdi Theatre, Villa Pallavicino, the home of the Verdi Museum and the Renata Tebaldi Museum: a stop that is entirely given over to lyrical music. If you need a reason to discover this splendid Emilian town, then the perfect occasion is the Busseto Carnival, well-known in the whole region.

Our next stop is the Abbey of Chiaravalle della Colombaia, in the province of Piacenza. In the nearby carpark, you can park your camper. The Abbey dates back to 1145, but after Frederick II had it destroyed, it was rebuilt in the medieval era. Legend has it that it is called “della Colombaia” because the perimeter of the monastery was marked by a white dove.

The flowering season (mid-June) is the best time to see this unique abbey. Each year, a different Christian theme is selected. Compared to many Italian flowering seasons, where the celebrations last only a day, here the work remains visible for at least 15 days.

You should also visit the inside, where you can buy the artisanal products made by the monks, including their famous tisan made with medicinal herbs.

The cherry road to Piacenza

We got back to the camper, and continued towards San Pietro in Cerro, passing Villanova d’Arda and Soarza. During cherry season, this road is particularly beautiful, also because famous types of cherry are cultivated along this small road, that is suitable for bicycles, deep in the countryside. In spring, it is all white, while the summer is marked by an explosion of intensen colours and sweet smells. 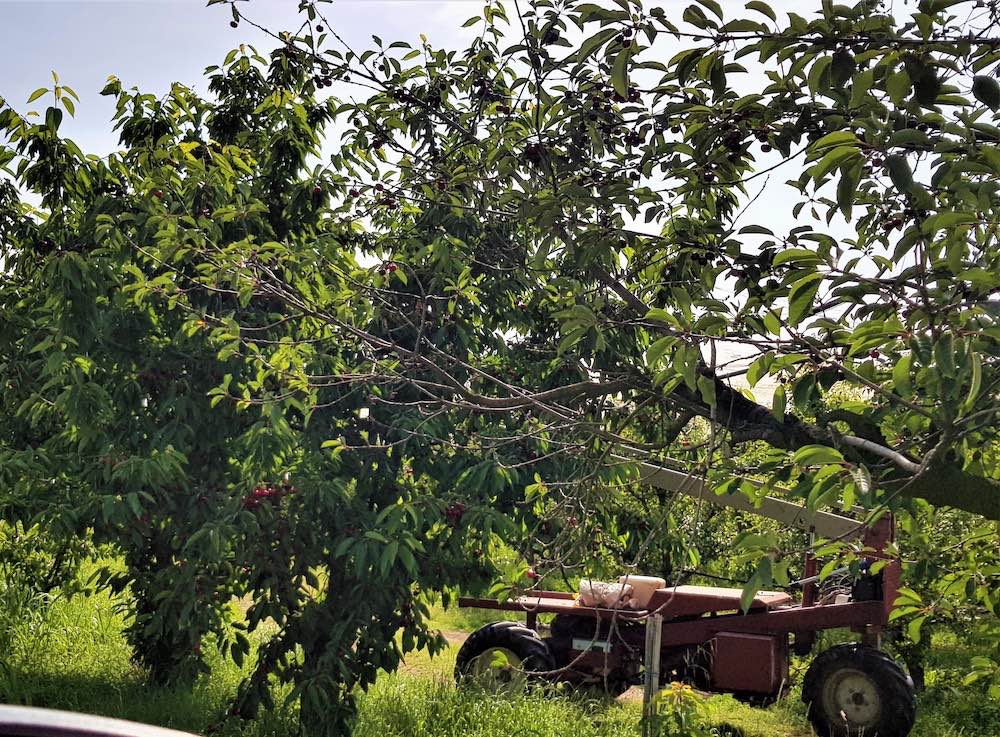 The first time that we visited this beautiful castle was during a Christmas market, but it is nice to go back to see it in spring. Leave the camper in the rest-area, enter the Castle park, and we started a visit to the underground part where you can see the permanent exhibition “the warriors of Xi’an: a corner of the East”. There are 40 perfect copies of the famous Chinese terracorra soldiers, authorised and authenticated by the Chinese Government. These soldiers were originally posted to defend the tomb of the first Chinese Emperor, Qin Shi Huang. For more information on the castle, please visit the Ducal Castle site of Parma and Piacenza.