Parma Ham is one of the most well-known meats in the world, but before we learn how it is made, we should consider its origins.

Its name comes from the Latin, “per exuctus” which means “extremely dried” – ham can trace its origins back to the Greeks and the Etruscans. It was the latter who believed that a combination of pig meat and music would be relaxing, and that the musical notes would make the meat even more pleasurable.

Despite the inevitable industrialisation of the production process that started from 1920 onwards, there are still many stages of the process that arise from the original traditions.

Where it is made

The region of production is of vital importance, not just the ability of the local people in producing the ham. It is only here that the marine winds of Liguria and Versilia are drawn down towards the Valley of Magra, passing through the forests and the Appenines, before reaching the Parma hills to create the perfect conditions for seasoning meat.

Furthermore, the widespread fog in our area, the fog of the low-lying areas near the Po river, are perfect for the light maturing process of the culatello of Zibello and the cured ham of San Secondo.

The area around Salsomaggiore Terme and Lesignano Bagni also allow for simple extraction of thermic salts, rich in sulphur and therefore perfect for conserving meats.

How is ham made?

Parma Ham is made from the thigh of the pig, and its production is rigourously controlled by the DOP concept applied in 1966 by the European Union to 10 regions of Northern Italy. It is produced without any preservatives, apart from salting and refrigeration. The ham must mature for 12 months, in a pre-determined area of the Parma hills.

The Parma tradition goes beyond ham, but includes other quality products made from pig meat. 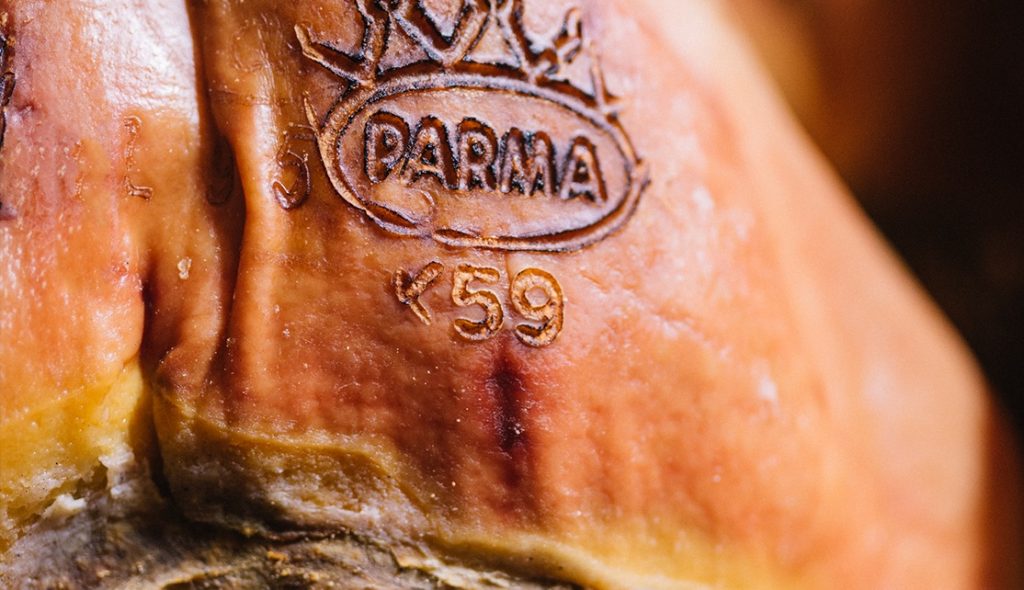 Langhirano is 20 minutes distance from Parma, a drive that takes you through the splendid hills of our area. As noted, this is the hometown of Parma ham, the heart of the town lies near the Parma river, and the many production sites where the meat is made.

The first ham production sites date back to the early 20th century, and were located one after the other along the river, in order to exploit the river air needed for the maturing process that passed through the high open windows of the production area.

Now of course this is no longer necessary, since production methods have changed; the creation of the cold cell in the 1920s and later the 1950s technology to control air-flows mean that production was now guaranteed all year round.

But before you reach Langhirano, you must not miss the fantastic Castle at Torrechiara: a superb undefeated fortress built between 1448 and 1460 for Pier Maria Rossi, famous also as his love-nest for Bianca Pellegrini, wife of a nobleman from Milan.

The Ham Museum is located inside the Foro Boario, the area where pigs were bought and sold at the start of the 20th century. Until 2002, it was home to the local council warehouses, but thanks to a subsequent reconstruction, it became the home of the Museum in 2004: today, it is part of the Food Museum network that promotes the food culture of Parma.

There are 8 separate sections, following the history that starts in the area where this tradition started centuries ago, and ends with the modern recognition of the quality of our ham by the EU.

Here we have a chronological description of the development of agriculture in the Parma area. The synergia between the dairy industry and the ham industry is an important point to consider in this regard: in fact, the serum, a subproduct of Parmigiano Reggiano, was used to feed the pigs.

Devoted to the different types of pig used since the Etruscans for the production of cold cuts. There are in fact many historical references to the black pig, for example, which was smaller and partly wild.

This is entirely given over to the salt room (the word “salume” – cold cuts – comes from the word salt). This section describes one of the oldest methods of food preservation in history, that is the practice of spreading salt across meat in order to dry it out. The display of various types of salt (of different colours and forms) is magnificent.

This is an essential part of the museum: the butchery: the butcher’s art, the ability to work the meat, is fundamental. There are many interesting pictures of the tools used, such as the “stadera” (we will say no more about this so as not to ruin the story when you visit!) or the various types of knives.

Dedicated to the glory of cold cuts in general: pork scratchings and cotechino… an explosion of quality and excellence are recounted in this section.

This area deals with tasting: here you can taste all different types of cold cuts. This is the most interesting section, full of taste: some recipes date back to Roman times, while medieval and Renaissance recipes called for the meat to be cooked nearly always in wine. 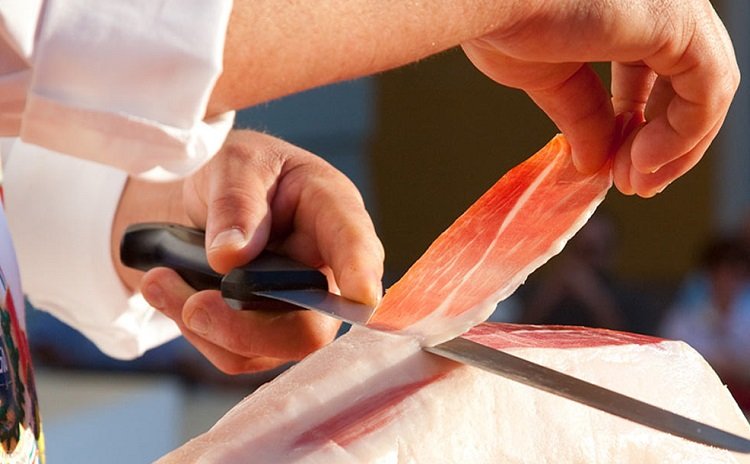 Here we see a wooden press for making pork scratchings, an interesting object in itself, plus a video that describes the history of ham since the 1950s. The production and maturing of ham in the Parma region grew enormously from that date, and the trade in pig meat at markets and fairs was particularly well-developed because it was tied to long-standing family traditions.

Here you can learn about the latest changes to the world of Ham and food production. There are many interesting questions to consider here: how can we know when a ham of thigh meat becomes the prized meat that we all know? How can you get the Duchy of Parma crown mark for your meat? We will tell you: you do it with a fibula, a horse-bone that an expert (or someone with an excellent sense of smell) inserts between the fat and lean parts of the meat, in order to smell it, and so identify the essential characteristics of the product:

Finally, the external part of the Museum is used for tasting sessions.

A final point to note is the Ham Festival, a fair entirely devoted to this prized product that the entire world is jealous of. The Festival is generally held in the first 10 days of September.

The Ham and cold cuts Museum of Parma

Information and bookings (compulsory for schools and groups):

You can reach the museum by camper, and there is a rest area near the Council sports centre. It is well sign-posted and easy to reach on foot too.