Christmas is here, and so our thoughts turn to the cakes for the period. There are those, like me, who prepare Panpepato biscuits in advance, made with cinnamon and perfect as presents for friends and family. Then there are those who make tortelli with various fillings from different aras, and then there are those who indulge in much longer and more difficult preparations.

We cannot speak of Christmas in Emilia without mentioning: 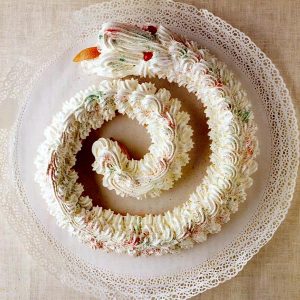 Made with an almond paste with eggs and sugar, you form the dough into a serpent rolled around on itself: it is baked for 30 minutes at 180°C. Once cooked, it is brushed with apricot gelatine, and then covered with a generous dose of meringues. Cook again for 15 minutes at 180°C, and your cake is ready. 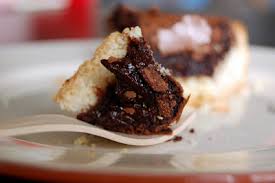 It is strange because the original recipe was handed down from generation to generation by the owners of a cake-shop that had trademarked it. The mystery lies in the sweet heart of the cake that is one of the genuine delicacies of Christmas (See our page on Pasticceria Perazzi).

There is a very large number of producers of traditional homemade Christmas cakes in our region: one to note is La Focaccia di Tabiano in Tabiano (PR); but we should also note the Reggio cake Zuppa Inglese, or the Hungarian Cake in Parma.

Obviously, as the saying does “those who have more, give more”, but it is certain that Panettone and Pandoro do not come from Emilia.

So which of these Christmas cakes do we carry in our campers?

We cannot do without a spongata, after that each can decide according to their palate and traditions. But the fridge definitely needs to have a couple of bottles of sweet wine, maybe a Malvasia or Moscato, and maybe a bottle of something drier. Well, since we have such a wide range of wines to choose from, you decide!