By camper to Vigoleno: cribs and traditions

If you visit Vigoleno during Christmas, you can discover the great tradition of cribs that has made this splendid Piacentine town famous. Every year from 24 December until 28 January, campers who visit Vigoleno can dive into the Christmas atmosphere, by visiting the mechanical crib.

Put together by local tradesmen, the crib has been maintained and renewed since it was opened in 1989. Now the structure includes 32 different movements, 39 little motors, and 6 water pumps with day and night cycles of 7 minutes length. Since 1992, the crib has been registered with the Italian Association “Friends of the Cribs”.

Vigoleno is also officially recognised as one of the most Beautiful towns in Italy and boasts the Orange Flag of the Italian Touring Club, and so it is no surprise that it is one of the most popular destinations for campers and motorcyclists alike. 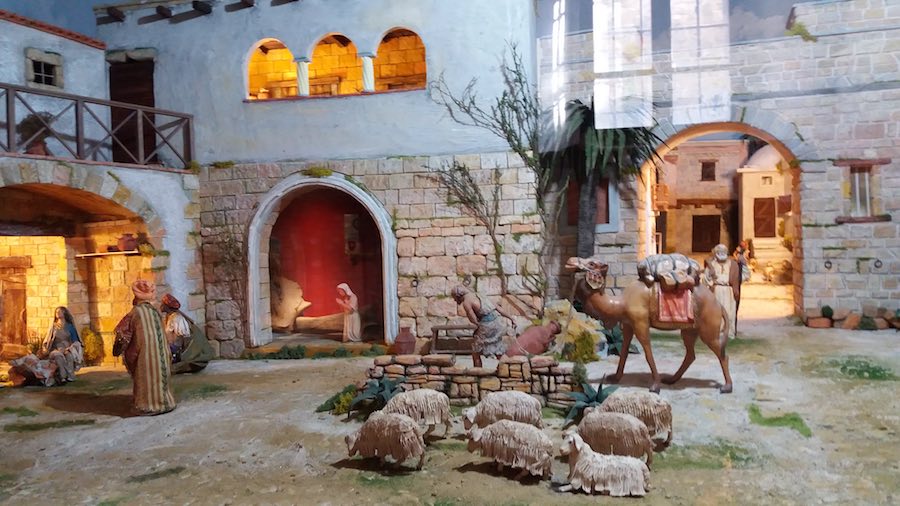 Its medieval origins have been preserved over time: you can admire the walls, which offer a splendid panoramic walk. From the main square, which features a 15th century fountain, you have the church of San Giorgio to the east, which dates from the second half of the 17th century.

The castle of Vigoleno is worth mentioning as well, as it has belonged almost without interruption to the same family since construction, who have managed to maintain it in an almost perfect condition even today.

How to reach Vigoleno by camper

From the Via Emilia between Fidenza and Alseno, take the road that crosses Castelnuovo Fogliani and with a slight deviation, you arrive at the Castle of Scipione dei Marchesi Pallavicino, and then turn back towards the town of Vigoleno. Before you enter the town, you will find the camper rest-area.

The Castle of Vigoleno is one of the Ducal castles Parma and Piacenza.

You can visit the castle in January and February on: